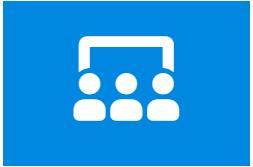 Having a hard time picking out what to read next? Try out some of the recommendations from notable library book lists for young adults or check out the genre-specific subject guides in the sidebar.